There are several different types of opioids, with different illicit drugs and medications falling under this category. Understanding the types of opioids will allow you to know what you are dealing with, depending on your use of opioid drugs. Many opioids are used recreationally, medically, or both, and some are actually used to treat opioid addiction.

If you or someone you love struggles with opioid abuse, call 800-821-3880 ( Who Answers?) now to speak with an addiction specialist.

The three main types of opioids are either natural, synthetic, or semi-synthetic. Because opioid is the blanket term for all medications and drugs associated with opiate-like properties, it can refer to each of these three types. 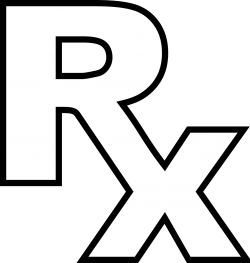 Many opioids are prescription painkillers that have a high abuse potential.

There are opioids which are considered to be illicit substances, meaning that they do not have a medicinal use (or not many uses of that type) and that they are extremely susceptible to abuse. These opioids are usually fast-acting and cause addiction very quickly. It is also very dangerous to use them as someone could potentially overdose on the first usage of the drug.

Prescription opioids are usually given to patients who are dealing with either acute or chronic pain. The specific medication is decided upon by a doctor who considers the needs of the individual. These medications are highly prescribed because of their ability to fight pain and help users through their physical issues.

While prescription opioids are meant to be given only by doctors, they are often bought and sold illegally and used recreationally for the euphoric high they can cause if taken in large amounts.

Are you Addicted to Opioids?

There are opioid medications which are actually used to treat opioid addiction and abuse in patients. They are often prescribed at rehab clinics, both inpatient and outpatient, and certain medications can be prescribed by doctors from their offices. In some cases, a patient may continue taking these drugs for months or years as they allow them to curb their withdrawal symptoms and cravings for harmful opioids like heroin.

There are many different types of opioids, all used for different purposes. Generally, though, they cause the same side effects and involve the same risks. With all types of opioid drugs, abuse only makes the drugs’ negative effects more intense and the possible risk of addiction and overdose higher.