Why Finding Treatment for Opioid Abuse is Important

Opioid abuse has taken America by storm as the rise in addictions and consequences including overdose deaths continue to climb.  We have experienced waves of drug epidemics before, raising awareness and a broad range of attention down to the basic heart of our communities, families, and places we call home, but, few times in history, have we been able to delineate the reasons and results so clearly than we have with the opioid epidemic of today.

Between 2013 and 2014, according to the CDC, prescription painkillers, heroin, and fentanyl took away more lives than all other drugs combined with which; the age–adjusted rate of deaths “increased 9%, 26%, and 80%, respectively.”  It’s only been in the most recent years that what many opioid abusers believe goes far beyond their willingness to quit or change their associated behaviors has been confirmed through treatment responses, research, and brain imaging technology.

What Have We Learned? 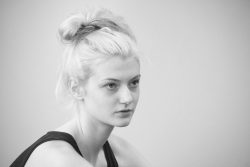 Opioid withdrawals lead to a cycle of drug abuse and dependence.

We have learned that opioids are some of the most addictive drugs we can use as we adapt quickly to their chemical effects.  According to the NIDA, “Our brain makes its own versions of opioids, called endogenous opioids. These chemicals act just like opioid drugs, attaching to opioid receptors in your brain.”  Natural receptors and signaling circuits in our brains and body are specially designed to help us stay well by using these endorphins to relax, relieve pain, feel pleasure, and promote those behaviors we find salient such as eating, sleeping, having sex, or nurturing our children.

Dopamine is the key neurotransmitter involved in the functions of reward and pleasure, moods, sleep, movement, cognition, and behaviors and when artificially increased through exposure to opioids, the person experiences sedation, euphoria, slow respiration, heart rate, and blood pressure.  Through further recruitments of brain stress and anti-stress functions in the neuro-adaptation process of repeat opioid use, tolerance, dependency, and ultimately the rebound effects of withdrawals when discontinuing use will occur regardless of the type of opioid being used.

In the limelight of recent opioid trends have been the unprecedented abuse, diversions, and overprescribing practices of prescription opioids.   According to a study by the American Association for the Treatment of Opioid Dependence (AATOD), collecting details on prescriptions opioid abuse from 55,442 respondents being admitted in OTPs (Opioid Treatment Programs), the sources of their prescription opioids were:

Because of the poor suppression of “craving” and drug-seeking behaviors associated with opioid dependencies, more individuals are involving themselves with heroin and fentanyl due to ease of availability and cheaper, more potent highs.  Keep in mind however, that millions of people require opioids as an essential medication for the relief of pain and their availability will continue to pose a significant drug threat where, according to the CDC, “ Providers wrote nearly a quarter of a billion opioid prescriptions in 2013.”

Most opioid abusers never imagine, at some point, they might be using every “trick in the book” to get more opioids in an effort to avoid or minimize cravings, withdrawals, or other negative effects as a consequence of their abuse.  The tolerance and dependency creeps up so quickly that snorting, smoking, or injecting the drugs becomes the norm and up to 80% will relapse after attempting to quit.  Those who do get treatment remain at risk for months or years after achieving abstinence and few find their way to getting adequate help due to stigma, finances, or treatment access and availability.  Don’t let this be you.

According to the NIDA, “The goal of drug abuse treatment is to stop drug use and allow people to lead active lives in the family, workplace, and community.”  To help, the (NIDA) suggests the following five questions to ask during your search:

Finding treatment for opioid abuse doesn’t have to be complicated, but, finding a program that you can commit to is important because treatment retention is the most reliable indicator for success in drug abuse recovery.